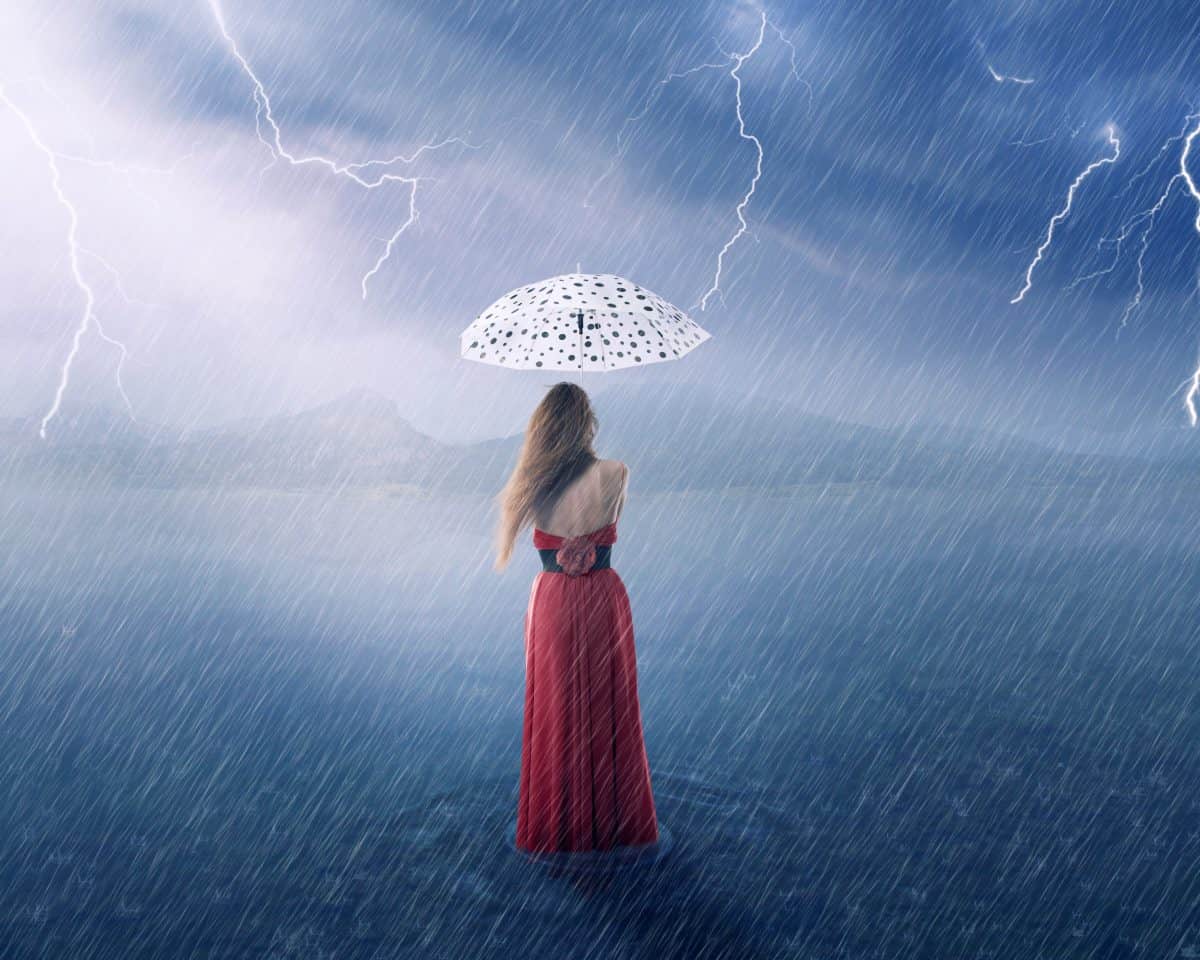 When I was 29, I experienced a crazy year that turned my life upside down. It was possibly the hardest year of my life. But the bad things that happened that year eventually, surprisingly, turned out to be some of the BEST things that could have ever happened to me.

This will probably sound completely obvious to some. But I did not grow up knowing how to look for the silver lining. I thought that some people simply were born with a happy outlook and a happier life in general. Others, like me, simply were not. I didn’t know that the way I saw my life was my own choice.

I’d like to share some of the insights I’ve stumbled onto, in case they will come in handy for you (and in case I need a reminder some day). But first, the backstory. 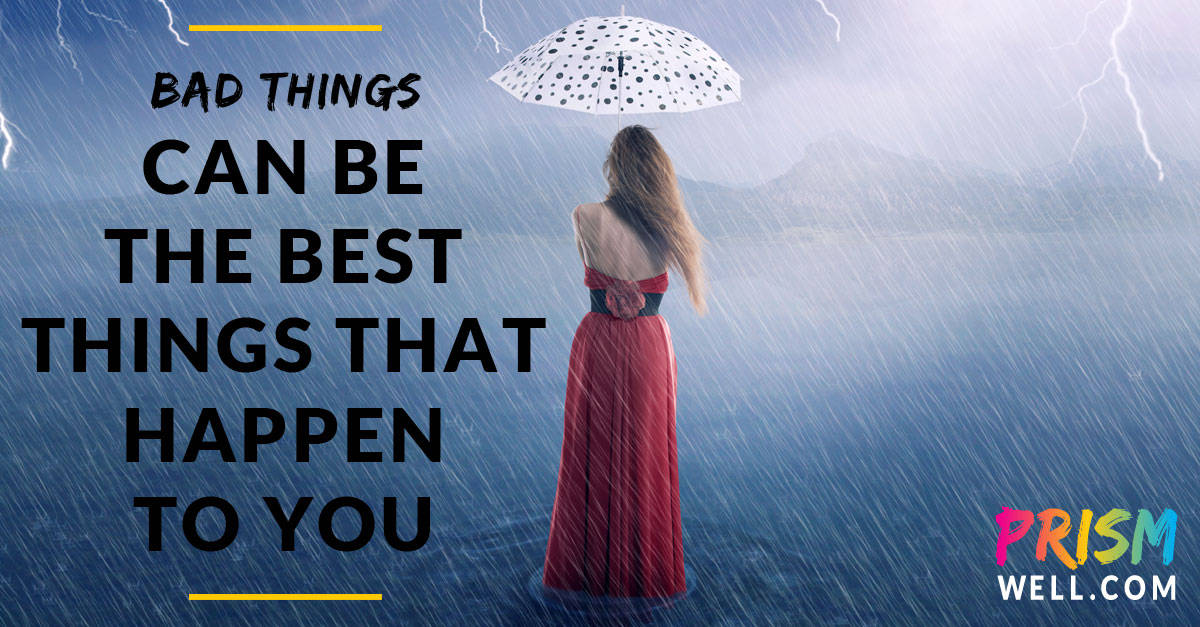 The Calm Before the Storm

The year I turned 29 began innocently enough. I had just started my dream job, working as the Art Director of a nationally distributed newsstand magazine, in one of the Northern suburbs of Chicago.

I loved my Chicago neighborhood (Lincoln Square). I was finally able to rely on public transportation for my commute, which had reduced my stress level drastically. I had a cute apartment with my sister.

I was in a long-term relationship with a really nice guy. I had a hilarious cat. I thought I was in the right place.

But the universe, as it turns out, had other plans for me.

The first bad thing that happened: The cover photo for my first issue of the magazine turned out terrible. The color just didn’t look right. It was, in a word, devastating.

The second bad thing that happened: My dad died unexpectedly. He had an accident while fixing his car. A professional mechanic his entire life, he’d worked primarily on aircraft (the helicopter in the movie Jaws, for one), and was so big on safety that he’d often helped to teach a motorcycle safety course. It was unthinkable that he could be gone so suddenly.

The rest of the year is kind of a blur that went something like this: I couldn’t handle the stress of the dream job plus the grief. I got fired from the dream job. I couldn’t find a new job. I had to give up my cute little apartment (my sister had since found her own). I left Chicago and moved in with my mom for the summer. I realized it was time to end that long-term relationship with the really nice guy because we weren’t right for each other.

The Calm After the Storm

Once the dust settled, I spent the summer applying for jobs, doing some freelance design projects, and riding my bike around Menominee, a charming little town on Lake Michigan in Michigan’s Upper Penninsula.

It took me a while to figure out what to do next. One of my best friends lived in Nashville, and I mentioned to my grandmother that I was thinking about moving there. “You’re not getting any younger,” she pointed out.

By the time I turned 30, I was in the process of starting over in Nashville. I didn’t realize it at the time, but the amazing man I would eventually marry had moved there the very same week. There was a really great job just waiting for me. I was going to have the chance of living my dream of playing music.

All of the “bad” things that happened turned out to be good things in disguise. The nice guy who wasn’t right for me? He was free to move on and find someone wonderful and right for him. The dream job? Not worth the stress it had caused me.

It’s not possible to look at losing my dad as a good thing, but it brought about many good things. I might never have followed my heart to Nashville without that unmistakeable reminder of how precious and short life can be.

Own Your Own Life

We will all experience difficulty. That’s a non-negotiable part of life. But if you can look for the gift in a difficult situation, rather than just try to survive it, it will take you a long way toward actively owning your life.

And as Brené Brown says, “When we own our stories, we get to write a brave new ending.”

Bad Things Happen FOR You, Not TO You

Tony Robbins talks about how the terrible things that happened to him in his early life became the fuel to allow him to become who he is today (pretty much a superhero).

There’s a fantastic documentary about him called “I’m Not Your Guru” on Netflix.

It’s Up to You

When bad things happen to you, they will change you. There’s no escaping that.

But you always have a choice. Are you going to let bad things happening to you grind you down, or make you a better person?

Stephen Colbert lost his dad and two of his brothers in a plane crash when he was 10 years old. He describes it as an experience that made him grateful and made him work harder to find the joy in life that informs his comedy.

You get to choose what you take from your life experiences, and what you let go of. Choosing to look for the good, even though it might take a while to see it, is such an important step.

Einstein said: “The most important question you can ever ask is if the world is a friendly place.” Before I knew better, I indulged in an unfriendly view.

But these days I’m really working on it, and my efforts are making a huge difference already. I’ve never been happier.

I definitely have my moments when I revert to my old way of looking at things, particularly when bad things happen. But every time I fall down, the practice of dusting myself off and choosing again to be happy feels a little more natural.

It’s a daily practice, like learning to play an instrument. It’s not something you’re born with. It’s something you work at.

When you’re in the middle of something difficult, try to set the intention to believe that you are being taken care of. That in all things, God (or the universe, or whatever you choose to call it) is working for your good. And your highest good is not the same thing as your comfort.

If you are looking for the good in your situation, you will find it. You get to own your own story.