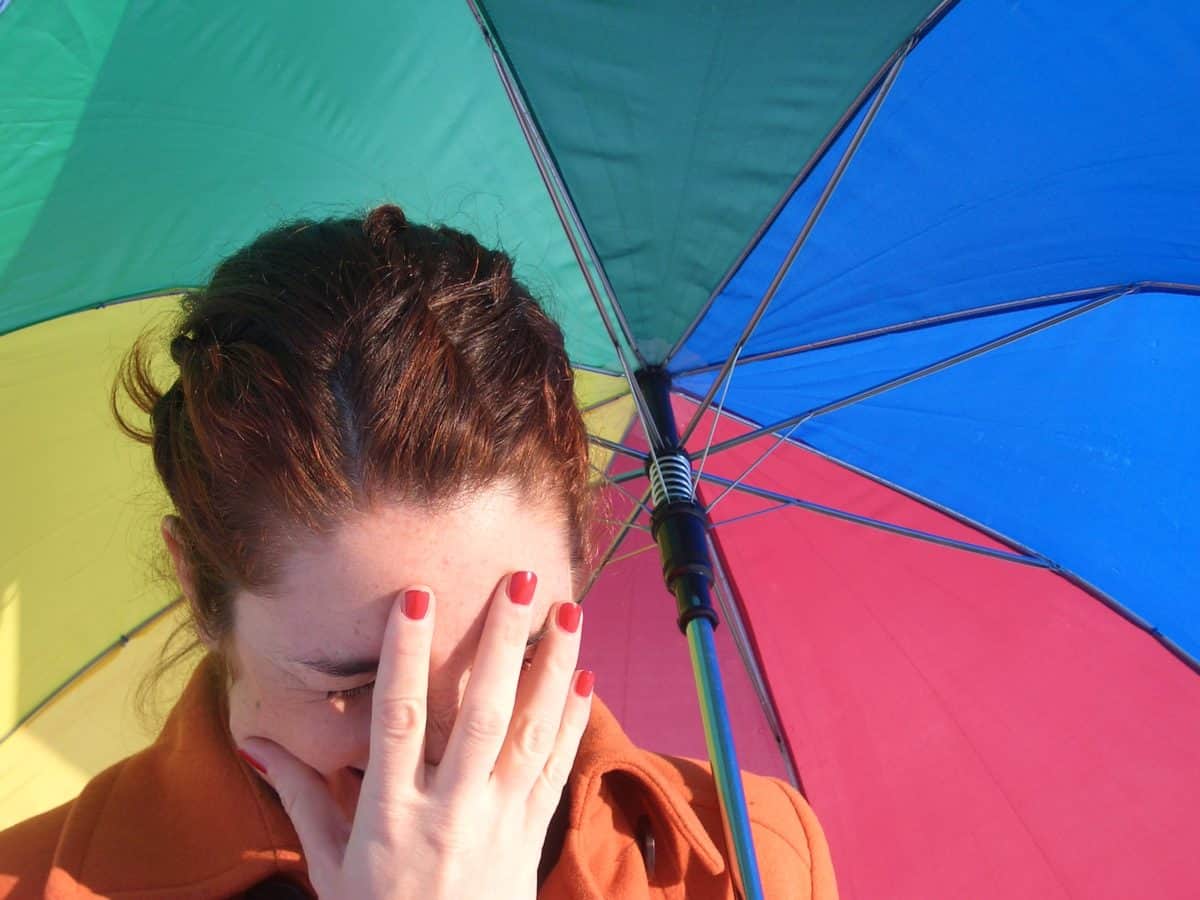 How many times have you told yourself something along the lines of, “Don’t be awkward. Don’t be awkward.” And then as soon as you opened your mouth, you said the most awkward thing? 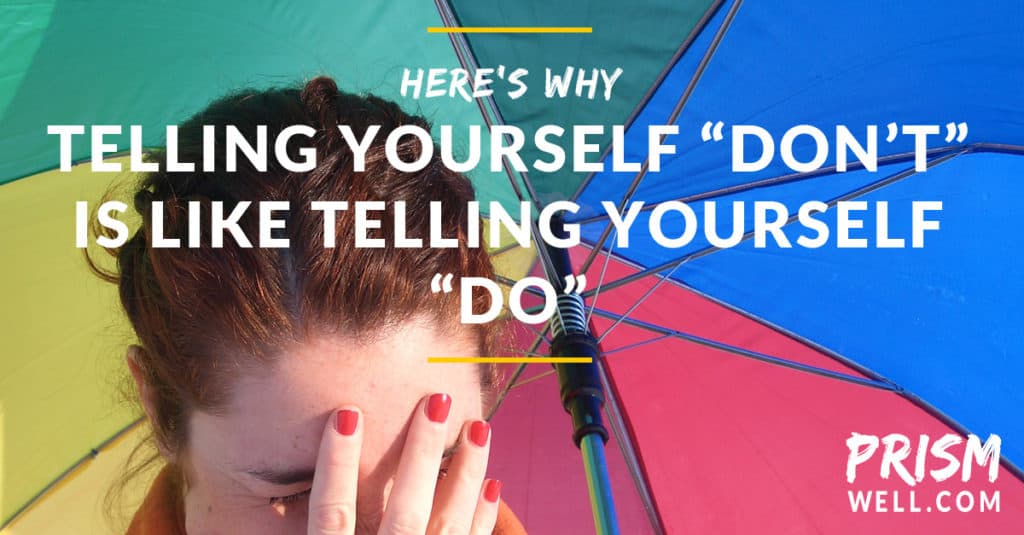 Why You Do What You Don’t Want to Do

Why do we so often do or say the exact thing we are trying hard not to do or say? In all my years as a wallflower, telling myself, “Don’t be shy!” pretty much ensured that I continued to act shy.

The reason for this is something called “ironic process theory” which I just found out about by reading Dr. Srini Pillay’s book, The Science Behind the Law of Attraction.

Whether it’s a panic attack you’re trying to avoid, or telling yourself not to fall in love with a coworker, or trying to prevent the cake your coworkers brought in from ruining your resolution to not eat sugar, “Don’t” doesn’t just work against you. It frequently causes the very thing you are trying to avoid, especially when you are under stress.

Ironic process theory means that when you are focusing on a negative outcome which you do not want to happen, that negative outcome is more likely to happen. You’re more likely to have that panic attack, fall in love with that coworker, or eat that cake, when your thoughts are focused on “don’t,” particularly if you are under stress. And let’s be honest, who isn’t under stress?

What’s Stress Got to Do With It?

As strange as that may sound, think about the last time you tried to tell yourself “don’t.” I’m guessing it won’t take you long to come up with an example of this effect working in your life.

So how do you get around this ironic process?

Tips for Not Focusing on What You Don’t Want

1. Try to phrase things in terms of what you do want. If I’m sleepily refilling my dog’s water bowl in the morning, telling myself, “Don’t spill!” results in more water on the floor for me to wipe up. If I focus on keeping the water in the bowl as I set it down, I do better.

The last time I felt myself about to cry over something I didn’t want to cry about – I think I’d read some upsetting news article on Facebook and didn’t want coworkers to see me teary-eyed – I focused on staying calm and shifting my thinking to something pleasant instead, rather than telling myself “Don’t cry.” And it worked surprisingly well. I can’t tell you how many times over the years I could have used this trick in the workforce, when a work situation made me angry, frustrated, or upset, and I would tell myself not to cry about it, only to feel the embarrassment of crying at work immediately thereafter. The. worst.

2. Try to reduce your stress level. Easier said than done, I know, but even just quickly focusing on breathing can make a tremendous difference. A therapist once gave me the most amazing breathing exercise, and it has helped relax me for all sorts of stressful things, especially when I’m getting ready to sing on stage.

I was told that it helps to reset the oxygen balance in your blood. When we get too stressed, we breathe more rapidly, putting more oxygen into our bloodstream (part of the fight-or-flight response). That extra oxygen then makes us feel even more stressed. I love this exercise because it’s easy to remember, I can do it without anyone noticing, and it gives me something else to focus on besides what I am anxious about.

Do Get What You Want

Now that you know about the white bear problem/ironic process theory, you’ll not only get better at focusing on what you really want, but you’ll also be quicker to recognize and avoid the negative side to setting goals. When you’re focused on improving your finances, for example, concentrating on cutting your spending will not take you as far as focusing on saving money and increasing income.

The next time you’re headed for a stressful situation, focus on how witty and wonderful you are when you’re at your best. That’s the self who will shine through if you let her.